Dolphus Skinner (1800-1869)
was an Universalist minister and publisher most associated with Utica, New York.
the above link will take you to a biographical summary -which also states that
"Skinner frequently traveled south in hopes of repairing his health. He stayed in Richmond, Virginia for about half a year in the winter of 1837-38. While there he preached to the Richmond Society."

Skinner himself says
in the EVANGELICAL MAGAZINE AND GOSPEL ADVOCATE for June 15, 1838.
"Return from the South.
"After an absence of between seven and eight months, we again find ourselves, together with our family, within our own quiet domicil (sic) in Utica, and by the blessing of Divine Providence, in the enjoyment of general health. The same benignant Parent of all, who is over all and with all, who watches over all for good, in their out-goings and in-comings, their up-risings and down-sittings, in their travels by land and by water, their sojourn at a distance or their abiding at home, has been with us and the many friends we left behind. The same eye has looked upon, the same potent arm has protected, and the same munificent hand has supplied the wants of all, and to him be all the praise."
...
"We had two principal motives for our sojourn at the South, during the Winter: the one was, to supply the preaching of the word of life, the First Independent Christian church in Richmond, Va, which had long been destitute and sin a somewhat of a languishing condition for the want of a pastor. The citizens of Richmond, generally, appeared to have learned comparatively little of ur distinguishing sentiments, though we found a few very warm-hearted and devoted friends, who cordially took us by the hand, and co-operated with us in efforts to diffuse more generally our glorious views of the Divine character and government, and the ultimate destiny of our race. Though Superstition frowned upon, and Bigotry denounced us and the doctrine of a world's salvation, yet our meetings were usually well attended, by a very respectable class of citizens, and continued to increase steadily as long as we stayed. And we sincerely hope that they will continue to increase under the labors of our young and highly esteemed Br. Chapin, who succeeds us for a season in that place. Richmond, as the capital of the State and the largest city in the Old Dominion, is an important place, and should not be neglected - the truth should there especially be preached faithfully, fully, and constantly; and if so preached, we doubt not its fruits will be an hundred fold.
...
Another object in spending the Winter at the South, was to avoid the extreme severity of climate which the inhabitants of this Northern region have for several years past experienced. By a location in a milder region, we hoped to recover from a severe affection and chronic soreness of the throat, or passages leading to the lungs... We were not as successful in obtaining the last object as we hoped to be; for although our general health has been, for the most of the time, very good, and we were able to preach regularly every Sabbath... the difficulty is not removed, nor are we certain that it is in the least mitigated. ..."
++++++++++
thus we add Rev Skinner as the minister in Richmond for circa October 1837 to May 1838, when Br. Chapin took over suppling the pulpit there.
...
Posted by Steven Rowe at 12:40 PM 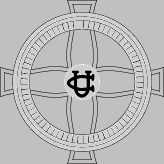 Steven Rowe
United States
email to SCUniversalistREMOVE@gmail.com (make sure you remove the REMOVE)